Exposed, is an exhibition that covers Bryan Adams’ multifaceted and exciting photographic output. The well-chosen title, Exposed, provides a succinct description of Bryan Adams’ photography. With exquisite sensitivity, he exposes the viewer to an extreme range of impressions, expressions and imprints of life. From the glamorous world of celebrities depicted in Exposed to the harrowing Wounded: The Legacy of War, comprising photographs of British servicemen and women who have suffered life-changing injuries in Iraq and Afghanistan.

With his numerous commissions for magazines such as Vogue, Harper’s Bazaar and Zoo Magazine, Adams has provided us with access to the closed and seemingly carefree realm of celebrity and escapism. However, the title of the exhibition hints at hidden depths: What happens to people who are exposed 24:7? What do these revealing portraits say about life behind the facade of celebrity?

In sharp contrast to the slick surface of glamour, Adams has also portrayed a fractured Britain whose young armed forces personnel have paid for the political con icts of the 2000s with their bodies. Mutilated and scarred, they pose, proud of who they are, while bearing witness to war’s visible and invisible life-long consequences. Young men and women who went to war and returned to a life they could never have imagined. Adams’ camera reveals their scars and mutilated bodies, challenging the viewer with heartrending testimonies that etch themselves indelibly on the retina.

» Bryan Adams’s camera captures and exposes two contrasting worlds – glamour and escapism versus the real world of sacrifice and suffering. The series Exposed is a journey into a seemingly carefree life of celebrities, a world which most of us observe from the outside and which is constantly present in our lives through art and popular culture. In contrast, Wounded: The Legacy of War projects a powerful exposé of the individuals behind the headlines of the brutality of war, people who are often too quickly forgotten. It is a life-long sacrifice that not only raises questions about the existence of war but also about those who never returned «, Pauline Benthede, Exhibition Manager at Fotografiska Stockholm explains.

The second part of the exhibition Exposed comprises fashion photography of the highest order, published in the world’s most renowned fashion magazines, as well as images of friends, colleagues and other personalities that Adams has photographed in the course of several years in the worlds of entertainment, fashion and art, stars like Morrissey, Ben Kingsley, Amy Winehouse, Michael Jackson, Louise Bourgeois, Lindsay Lohan and Judi Dench.

The exhibition presents works from the beginning when Adams the musician also harboured a great love for the art of photography – until today when he is a long-standing and well-established fashion photographer commissioned by major global brands. Works for which he has been awarded the prestigious Lead Award three times in Germany, and in 2015 he was given an Honorary Fellowship with the Royal Photographic Society in London.

Now this exciting odyssey can be experienced in full at Fotografiska Stockholm, opening on the 18th of June 2016 •

Photographic exhibitions are the foundation of Fotografiska, an international meeting place. Since our grand opening on May 20th in 2010, we have exhibited legends like Annie Leibovitz, David LaChapelle and Nick Brandt, and also introduced previously unexhibited photographers. More the 25 exhibitions every year guarantee new experiences of interesting photography for our guests.

”Photography is the technology to capture life. We support and provide life worth capturing.” 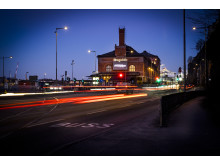 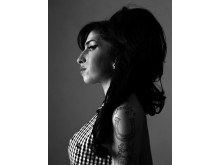 From the exhibition Exposed, by Bryan Adams at Fotografiska Stockholm 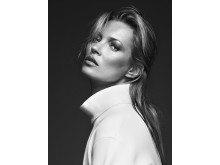 From the exhibition Exposed by Bryan Adams at Fotografiska Stockholm 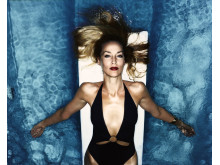 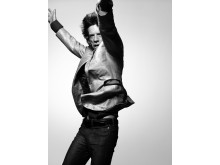 From the exhibition Exposed by Bryan Adams, at Fotografiska Stockholm